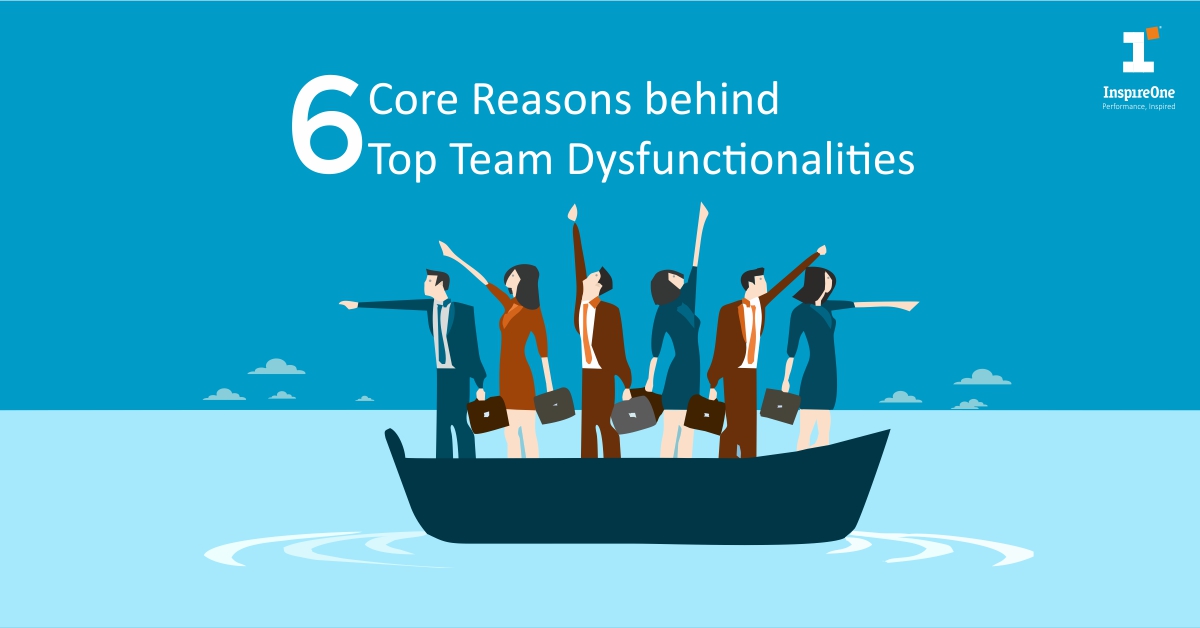 The Senior Leadership team in organization summons up the image of a group of 5 to 6 individuals who would possess clear vision, deep strategic acumen, inspirational quotient and significant decision making powers to enable organizational goal achievement.

One critical driver of any top team’s performance has not got its due place on the table and probably is the single largest driver for value creation or value destruction as the case may be. Organisational value cannot be created if leaders possess all of the above mentioned characteristics, but are not aligned with their views and collaborative in their actions.

The top team’s primary role is to set the tone for the rest of the organization. A tone that is aligned, a view of the future that is aligned, a strategy that is deployed in an aligned manner, decisions that are aligned and representative of “organizational” growth rather than limited to “functional” result areas.

The following 2 cases elucidate the criticality of an aligned collaborative top team for the success of any type of organization.

First, let’s talk about a highly diverse team of an MNC’s back office operation outsourced to India. The business was performing well under the leadership of a dynamic and a hands-on leader at the top. Despite this, there were several misgivings and undercurrents that did not indicate a well-knit and aligned team at the top. Even though the business performance at that stage was unaffected, the sustainability of results was an area of concern given the state of a disjointed leadership team.

The expatriates were expressing the desire to move back to their home office because they did not feel fully integrated with the rest of the team and the local leaders felt resentful of the inputs and process changes being suggested by the expat team members to improve efficiencies.

The second example is a smaller family-owned business. Started by two brothers, the organization was performing fairly well. However, when the second generation of the family entered the business, there was a sense of value leakage. Each individual holding a position of power seemed to be directing the money in a different direction, leading to the stalling of business profits. No common vision and aligned way of working was pulling a fairly profitable organization in different directions thereby causing value destruction

The two organizations described here could not be more different, yet both of them faced problems of alignment at the senior management level.

In the first case, while the CEO was focused on achieving results he was in denial about the negative impact that a nonaligned team could create. Since he dealt with each senior member separately, silos began to form within the organization, further reducing collaboration. Since he was not able to align the leaders to work toward organizational goals, his team suffered and by extension, the organization started to as well.

While in the first case, the value destruction was not yet visible, the same was not true in the second case. There was a shortage of resources within the company, meetings were not taking place, and eventually, even the relationship between the brothers got strained. With employees taking sides, the organization was divided. From this, it becomes apparent that the entry of new employees who were not integrated well also played a significant role in causing a dysfunction within the organization.

To summarise some of the core dysfunctionalities at the top team level could be:

Team leader unable to create an aligned and engaging vision for team members and other leaders on the team not actively seeking this alignment.

Lack of collaborative behaviors at the top team level – instigated by a huge focus on functional turfs rather than see themselves as “organizational leaders”.

Top team members decision making horizon being limited to impact on their functions rather than the systemic impact on the organization.

New team members getting inducted into the team but not being assimilated or integrated.

Very basic but natural human flaws of egos, insecurities and low respect for others. All these exist as the invisible part of the iceberg. Denied in conversations but eating away the organizational value.

Even in professionally run companies, executives might not challenge decisions of senior team members due to cultural nuances that do not look kindly on divergent views.

The six core issues identified here by no means are the only reasons for top team dysfunction. Each company is different, and their root causes will also be different. It thus becomes important to deep dive into each case and identify the symptoms of dysfunction and their underlying causes. Each case needs to be understood and approached accordingly. The solutions may comprise of carefully designed workouts with the entire team together over a period of time interspersed with one on one feedback and one on one coaching for some identified leaders.

Hope you enjoyed the article. Our team of researchers, content creators, and designers work stupendously hard to chalk down wonderful little articles. For more of such articles feel free to subscribe  –