The Quandary of ROI on Coaching 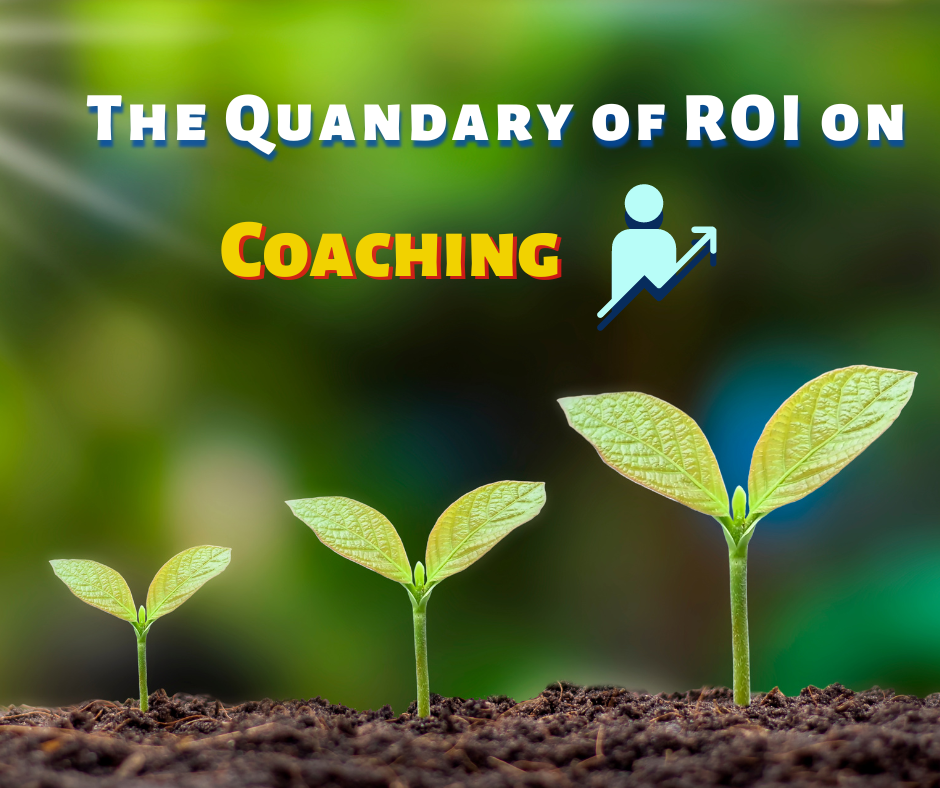 Debate on “what is the ROI on coaching” has been one of the longest standing debates in the leadership development arena. For there to be trepidation about the return on investment when a development methodology is just emerging, is fair. Questions and answers on ROI are important because they lend credibility (or not) depending on evidence of positive or negative ROI. Trepidation is also fair when an organisation is testing waters with the new methodology. They are justified in wanting to know, where has it worked and how is it better than what they are already doing. For “coachees”, to question the efficacy is also explicable. They are entering into a relationship which would need them to admit that they have areas that need development, will need them to be vulnerable about their constraints and barriers, will need them to accept change and implement personal changes. They must know if the effort is worth it. The scepticism is also justified when the availability of experienced and expert coaches is low. When investing in a high touch, long term engagement for development, it is critical that the coach should have had the right training, certification, and experience. However, for the quandary of ROI on coaching to, even today, find a place in development conversations is in itself a quandary! All the questions on the efficacy of coaching have been answered resoundingly and with evidence. Coaching is no longer the new kid on the block. It has been experimented with, piloted, and deployed extensively by organisations for more than 2 decades now. It is no longer the “unknown” investment intensive initiative. Organisations large and small, across industries, across regions have tested waters and come out satisfied. Coaching today also comes with enough credibility and certifications to prove that it is a researched methodology, with the science of human behaviour and relevant experience, backing it. Positive word of mouth is available in abundance for organisations and leaders entering a coaching engagement. The only variables being the clarity on the goal to be achieved and the coachee’s willingness to stretch outside the comfort zones. According to the International Coaching Federation, (the largest global organisation for certification on coaching), the International Coach Academy and the Association of Coaching, the number of people being certified as coaches has exploded in the last 10 years. The coach certification is a rigorous process of training and on field experience. It takes people anything between 8 months to 12 months to get certified at the first level. Therefore, there is little cause for worry that resources invested (money and time)  in coaching, will not yield multiplied returns. The most credible measures of success are that the:

Finally, there is no sunk cost danger involved in this investment, because even if the engagement is terminated before the agreed time frame, benefits commensurate with the investment would have been achieved. It is time that organisations and leaders shed their concerns and inhibitions and take a firm step towards the assured returns on the investment on coaching. Clarity and alignment on the coaching agenda between the organisation and the leader and the leader’s willingness to work toward that agenda, are the only two levers that need to be in place. The rest of the coaching eco-system is ready, tried and tested and has proven success.